Blog Dating Advice What Does it Mean to Be Casually Dating?

What Does it Mean to Be Casually Dating? 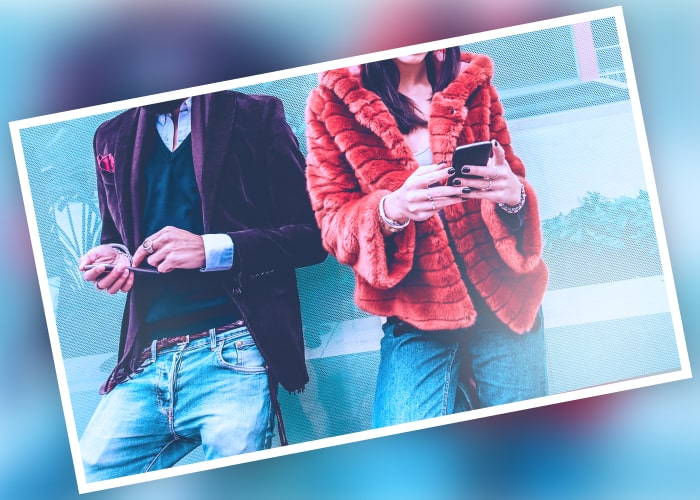 Before we start looking at all the different elements of casual dating, we must first ask: what is a casual relationship? The basic concept behind casual dating is that the relationships that occur are less formal and more oriented on personal enjoyment compared with standard long-term relationships. Yet, that doesn’t tell us a whole lot about why this would send people to casual dating sites in droves as they have been going in recent years. Instead, it’s important to examine the expert analysis of the situation. According to experts, four different kinds of casual relationships can be identified. They are:

The major differences between these different types of casual dating relationships are found in several factors that have been elaborated upon by sociological research. Specifically, the researchers found that each of these relationships is defined according to:

When we combine the two sets of data, the information that emerges can sort each relationship according to the elements that make it unique. For example, here are the combined data sets:

Now, it’s important to discuss when all these relationships started to become more common. It should be no surprise that hookup culture was somewhat pervasive in the world before the advent of online dating, but the invention of dating sites made these interactions far more frequent and likely to happen. The early 2000s saw a rise in hookup culture, but casual relationships as a whole really took off in the 2010s when entire dating sites and apps became dedicated to these kinds of dates.

People often wonder why casual dating became so popular. In truth, research shows that three different things happened around the same time that facilitated these dating outcomes. First, there was a technological revolution where people had smartphones and constant access to the internet. At the same time, dating sites were developing into highly adept systems that could connect people from the same area with ease. Thirdly, there was a cultural shift where women felt compelled to no longer feel constrained by society; they reclaimed their sexuality in the best way they knew how - by dating who they wanted and when they wanted.

The Modern Hookup Culture - What Is the Difference Between Casual Hookups and Casual Relationships? 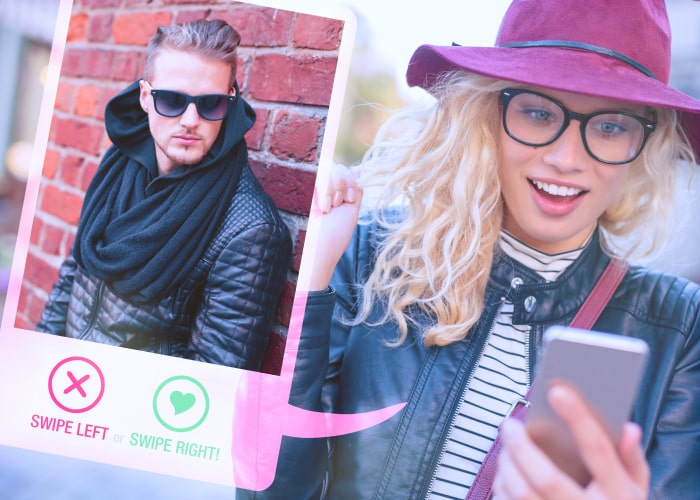 Hookup culture has taken many places in the world by storm, but it has not become popular in some others. For example, the U.S. has a definitive hookup culture, as do some places in Europe like France and Ireland, but that is not the case in more conservative countries. England and Australia have not bought into the hookup dating craze. As more and more people around the world “buy-in” to the sentiment, it’s important to consider the effects that this is having on relationships. Essentially, modern relationships have been positively and negatively impacted by this phenomenon. For example, casual dating is very fun and freeing, but it does not prepare people for having adequate, long-term relationships when they’re done “sowing their seeds,” so to speak. They don’t learn about compromise, stress management, or how to keep a relationship interesting because they are used to moving on to the next partner when things get stale. Yet, that does not mean society should roundly condemn or criticize this behavior. It allows people to have the sexual experiences they desire without getting involved in a relationship that they neither need nor want. Like it or not, relationships can be very time-consuming affairs. While this hookup culture has had the effect of emotionally closing off some people, that is not the case for everyone. It comes with benefits and drawbacks that we will expound on in a later section.

As casual hookups and relationships continue to rise in popularity, it’s important to make the distinction between the two. The less complicated of the two is a casual hookup. Basically, a casual hookup is when two people get together to have casual sex whenever they feel the need. It’s a very simple situation that can come with any of the aforementioned distinctions such as a booty call or friends with benefits. Comparing this with a casual relationship is not as simple as saying “hookup vs. dating.” A casual relationship is when two people are in a somewhat dedicated relationship with one another. They will likely have a physical and emotional bond, but the participants will not want to call it a relationship. They will reject labels and the commitment that comes with a relationship. They’ll “date,” and they’ll be monogamous with each other in the majority of cases, but they won’t develop a deep emotional bond or create a relationship based on mutual work and connection.

How to Make Communication Work in a Casual Relationship 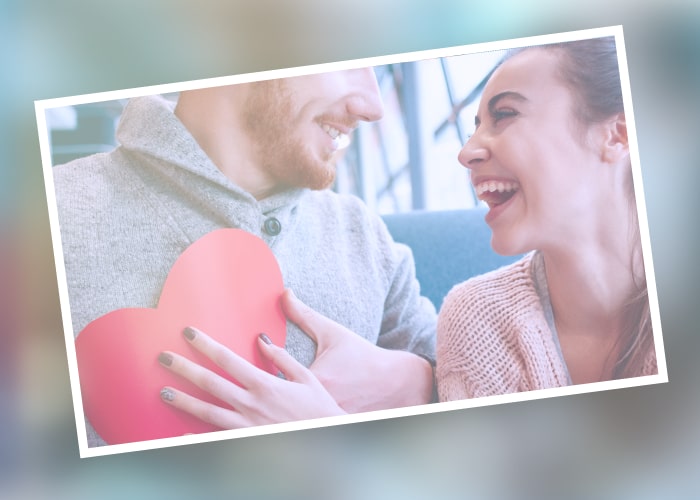 When you’re looking at the casual relationship rules, one of the first things that often comes up is “no serious relationship talks.” The minute that someone mentions taking things to the next step or meeting parents, the other partner will start looking for the exit. Yet, you have to wonder how to have a truly casual relationship? After all, what if things start looking like they could get serious? Does that mean you stop communicating and hide your feelings?

The experts on the situation say that a lack of communication in these ill-defined relationships is often what causes them to fall apart. A big part of communicating in a casual relationship is getting over the idea that you can’t talk at all. After all, casual or not, there is a relationship there that has to meet the needs of both people if it’s going to survive. That’s why any casual relationship needs to start with the two partners talking about their needs and what they want from the relationship. It might be awkward, but it can save a lot of trouble later if one of you wants to get serious and the other wanted something casual from the start. You can save heartache by being forthright.

Another thing that you must do to have effective communication in these interactions is to share any expectations you have. For example, are you going to be monogamous, or can you see other people? Do you expect your partner to send you messages every day? Do you want real dates mixed in, or is it okay to meet at home every night? You have to tell your partner about these things at the start of the relationship. Lastly, you have to talk about bedroom activities. Experts say that even though this is the one part of the relationship that is most basic to people that are not in a serious relationship, you have to deal with the reality of the situation. You need to determine what is right to do for your health and well-being. So, if your partner is still seeing other people, you need to ensure there is some protection in place when you are together. You need to discuss the emotions around the actions, too. A casual relationship is deeper than a hookup, so there will always be an emotional element to the situation. Make your feelings known, and encourage your partner to talk about theirs.

A casual relationship is what you make it. So, you can make efforts to have talks with your partner, or you have to deal with a bare form of connection that can leave you at risk emotionally and physically.

Benefits and Risks of Casual Relationships

Based on casual relationship psychology, there are some benefits and risks to having these sorts of relationships that you need to be aware of. While the relationships sound good from the start, they are not without some form of inherent risk. That doesn’t make them bad, though. In fact, they’re the only kind of relationship that works for some. We’re going to start off by looking at the various benefits you can get when engaging in one of these relationships.

First off, casual relationships require a lot less energy and dedication than true relationships. That is why they’re often seen in young adults who are too busy with school and work to get involved in a complicated relationship. As such, it’s fairer to their partner to see them casually than to be involved in a full relationship that they cannot give the proper attention. Many of these young men and women also feel significant financial pressure from school and underemployment. Thus, they cannot offer their dates the sort of formal relationship that they will later in life, so they settle on casual dating to meet both their needs. Each partner gets some companionship, sexual satisfaction, and a sense of intimacy with a person. Many times, this is the first experience that a person has with a relationship of any sort, so it prepares them for the connectivity of being with someone without all the associated pressures. Finally, people get a boost of self-confidence because they’re seen as a desirable person by another, and that feeling is simply irreplaceable.

There are negative aspects to these relationships, of course. For starters, being in a “friends with benefits” relationship can have certain physical dangers. FWB tend to have other “friends,” and they’re not always safe with their sexual health, and that can lead to unfortunate health complications for people. Moreover, there is always a small chance that this sort of relationship could result in a pregnancy. There are also psychological effects of casual dating and having random hookups. For example, women who participate in these relationships are often characterized as “sluts”, even though men do the same thing. That can negatively impact a woman’s self-esteem or her standing in the community. Also, women do not get the chance to develop a relationship with someone that is focused on pleasing her as they would in a typical relationship. It’s more about the man’s outcome in many of these relationships, which can lead to an unhealthy acceptance of the absence of female pleasure in a relationship in the future.

All told, there are benefits and drawbacks to these relationships, but educated people can find the situation that works best for them. Casual dating and hookups are becoming a bigger and bigger thing in the present. People love the opportunity to meet other people for some fun without the expectations of a serious relationship. While all these relationships come with certain positive and negative aspects, it’s ultimately up to the individual to determine what they’re willing to accept in life.