Flirty Texts: 5 Seductive Ways To Make Him Yours 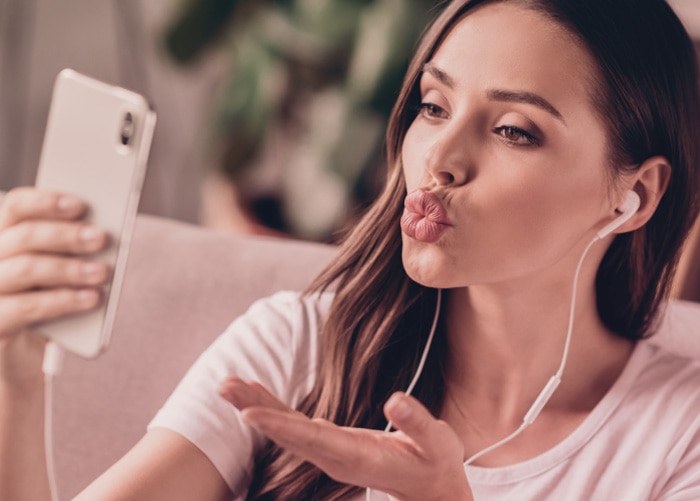 Online dating has quickly become one of the most popular ways for guys & girls to find a relationship. Some people are looking for a long-term partner in a committed relationship, whereas others may be searching for something a bit more casual: either way, flirty texts are where all dating begins! If you’re not able to easily initiate conversations with someone (let alone carry one), then it’s unfortunately unlikely that you’ll ever be able to find a handsome man or beautiful woman to call your own. Therefore, the purpose of this article is to go over exactly what you’ll definitely need to know if you want to date online.

First, it’s important to determine what type of relationship you’re actually looking for. The first is a long-term arrangement. In this type of relationship, couples usually only have eyes for each other (unless it’s a polyamorous agreement), tend to take things a bit slower, and prioritize forming a genuine dating connection over merely having a physical one. Although long-term relationships definitely take the most time to find & certainly require much more effort than other types of partnering up, they are arguably the most rewarding! That said, you’ll definitely have to take a much different approach when online dating if you’re looking for a long-term relationship as opposed to a short-term one.

When it comes to short-term relationships, there are actually two main types: casual dating & hookups. Casual dating is usually similar to long-term dating in the sense that both of you are mutually exclusive, but the overall relationship expectations are certainly much lower. While there’s a possibility that you might fall in love & ultimately end up being tied to each other forever, that’s definitely not expected: in fact, it rarely happens when you’re dating casually! The other option, hookups, actually require even less commitment. For hookups, the criteria are simple: physical attractiveness. The ultimate goal of hooking up is simply to meet up once (or perhaps a few times if you become Friends With Benefits), then go your separate ways. No strings attached dating! To find hookups, you’ll definitely need to get great at the hottest intimate texting, which lets your temporary partner, hot guys or beautiful women, know that you’re extremely physically attracted to them & can’t wait to get in their pants, but also makes it clear that you actually don’t want things to go any further.

Flirty Text Messages for Him 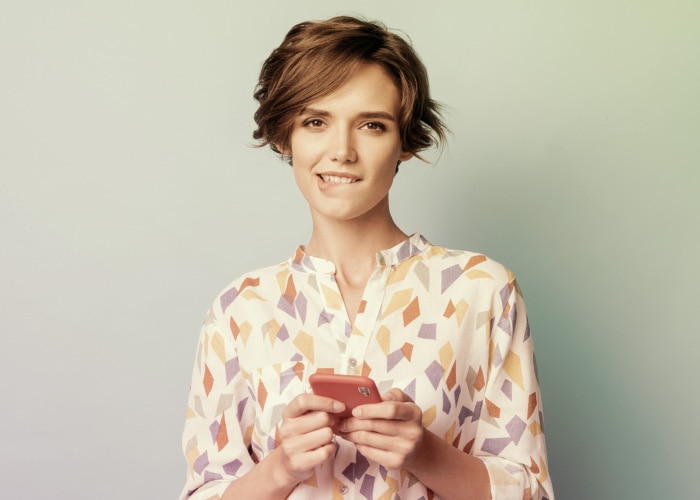 If you want to date online, you’ll first need to determine which dating sites to use. Once you actually figure that out, then you can start to look for potential matches on the site. Unfortunately, finding a quality match might take some time (especially if you’re definitely looking for something long-term) since many men use singles dating sites to find more casual encounters rather than real relationships. Another thing you’ll most likely have to deal with? Dick pics! Have you ever received a dick pic? Essentially, it’s a photo that a man sends a woman to try to entice her with only his member. While it’s certainly been proven time & time again that this approach is extremely unlikely to work. Unfortunately, men keep trying it anyway to sext someone without a proper start, so it’s definitely something you’ll want to keep in mind before actually opening a conversation at any dating sites that starts with a photo!

Given the proper time & options, though, you’re bound to find a guy you’ll like. Most of the time, it’s actually up to the guy to initiate the conversation with other singles dating online, but you certainly can also send the first message (some dating services only allow the girl to send the first message)! Unfortunately, opening the conversation as a woman used to be looked down upon, but it’s important to remember that we live in much more modern times: if you want something, take it! Nine times out of ten, he’s sure to respond.

So, what do you actually say when you start chatting at dating sites? Well, the guy will most likely begin the conversation with some sort of icebreaker or joke. If you want to easily continue the conversation, a small compliment will usually do the trick! Sometimes guys will send you cheesy pickup lines. If that’s the case, you’ll need to decide whether or not this guy seems interesting, but it’s certainly important to not write him off just because of a stupid joke. In this case, simply sending a funny response will usually be enough to get the conversation started most of the time.

Flirty Texts to Make Him Laugh 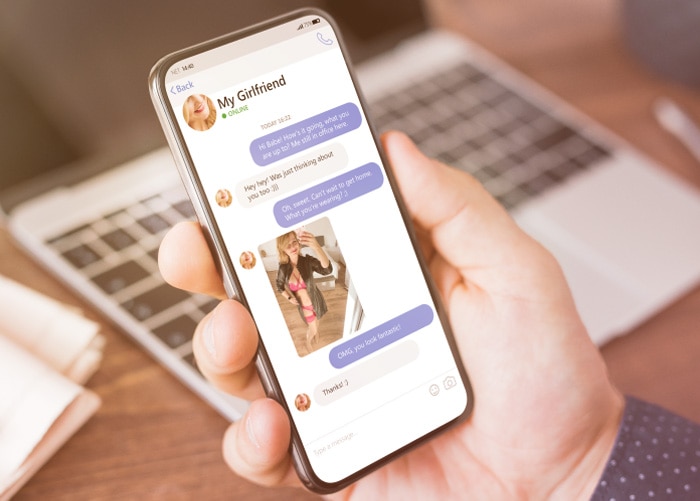 When you’re trying to date someone online, humor can actually be a great judge of character. If he makes you laugh, & you can make him laugh, there’s a pretty good chance that you’ll get along well once you actually meet up in the real world. The best part about being a girl? You can send pretty much any message you want, & if it’s even slightly funny, he’ll still laugh! Many singles dating online worry way too much about the specific words & phrases they send, so it’s definitely important to remember that there’s still a real person on the other end of the screen. People say stupid things all the time (especially if they have a crush on another person), & it isn’t the end of the world, so don’t worry if you send something that’s somewhat cringeworthy. If he’s worthwhile, he’ll certainly hang around!

If you’re interested in getting physical, adding a bit of humor can be a great way to slide it into the conversation without seeming overly forward. Have you ever received a message from a guy that didn’t flat-out say he was interested but certainly had sexual overtones? This is the same principle! Rather than simply saying you would like to get together, it definitely works best to make light-hearted comments such as joking that you both would fit in your bed. By being suggestive rather than forward, you easily open the opportunity without appearing determined or desperate. Once you actually get the chance to sext someone, then being subtle or suggestive can go out the window, but if you’re hoping for a long-term relationship, it’s best to be somewhat subtle, especially if you’re in the early stages. 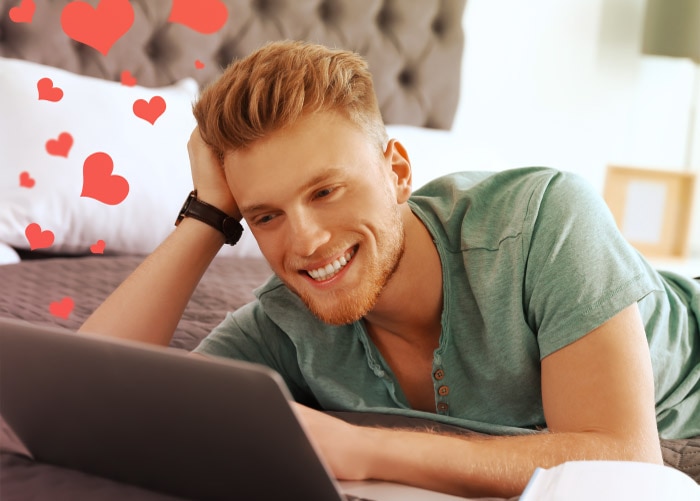 Once you actually find a partner, then sending each other good morning texts will quickly become part of your daily routine. Of course, just like when you sext someone, there’s definitely a certain way to go about it, so let’s go over some basic do’s & don’ts.

For starters, you’ll want to figure out when your guy usually gets up & starts his day. You’ll need to decide if it makes more sense to message him before he gets up or a little bit after. You’ll definitely need to know when he usually wakes up, but if you want to send it later, you should figure out his morning routine. Using that information, you can decide whether to message him while he’s still at home or if to send him something sweet he’ll see on his first break at work. Regardless, guys love receiving morning texts, so it’s definitely something you’ll want to do.

There are actually a couple of different ways to write a morning text, & the specific wording is up to you. It helps to mention specifics if he has something big (such as a new day on the job) coming up; otherwise, you can send relatively the same thing every day. Just remember to include lots of emoticons & wish him a good day! However, if you definitely prefer a more personal approach, another thing you might try is to send him a picture along with the good morning text. It’s certainly sure to brighten up his day!

Sending funny & cute text messages is always one of the best ways to spice up your love life. If you’ve ever had a job, you’re definitely well aware of how the day can seem to drag on and on, so messaging each other throughout the day can be a great way to easily make it more enjoyable. If you like sending jokes, you should actually make it into part of your daily routine, rather than sending a random joke, but for cutesy messages—you can send those anytime! Of course, some time apart is also a great time to build up sexual tension for when you meet up later on, so this might be something you could have fun doing (and it also can involve a bit of humor!)

If you want to drive a guy wild while he’s at work, the easiest (but least fun way) to drive him wild is by sending sexy photos. However, if you’d prefer to tease rather than give him a preview, you can do so very easily. If you send a suggestive message, he’ll likely respond right away. You can tell him you’re going to send him a photo, then say two simple words - just kidding! It will let you mess with him a bit. Send just a little bit less than he expects. For example, if he’s expecting a fully nude photo of you, you can send a photo of you naked but with everything covered. Sending photos like this will drive him wild but also helps protect you from being shown around the office.

How to Make Him Feel Special 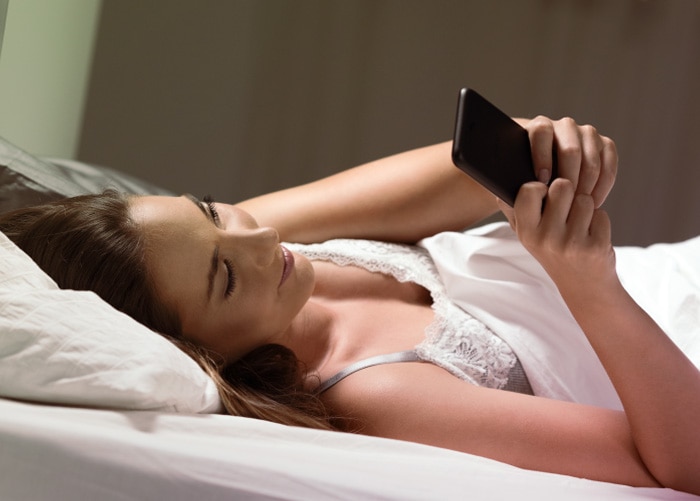 Sometimes, getting “hot & heavy” just isn’t what you’re actually going for. In that case, you’ll definitely want to try sending romantic love messages instead! Most people think of romantic messages as “I love you,” & while this is one example of them, you can be a lot more romantic simply by sending something personal. Sending a picture along with “Thinking of you” could actually be very romantic! Sending restaurants or places you would like to go for date night could also be very romantic. If your boyfriend can appreciate a bit of cheesiness in your love messages, you can also send him random love letters as well!

One of the things guys always really like is pictures of their girlfriends. Chances are, you upload lots of photos to social media fairly regularly, but how many new ones do you actually send to your boyfriend? If you want to make him feel special, sending photos often can easily help you accomplish this! However, you want to avoid sending him the same photos that you’re uploading to Facebook. Instead, send him pictures you’ve taken specifically for him; it will feel a lot more personal & mean a lot more.

Common Texting Mistakes (And How to Avoid Them)

Texting via online dating sites is fun, but like most things, it’s certainly still possible to mess up every now & again. So as a conclusion – repeat the rules for the best texting scenarios you can initiate, yet below, we’ve listed our personal top three texting mistakes (and how you can easily fix them!).

With these tips in mind, you’re sure to meet some amazing guys online. Don’t wait too long—Prince Charming is waiting, so go have some fun via online dating!