Learn How to Make a Guy to Want a Relationship 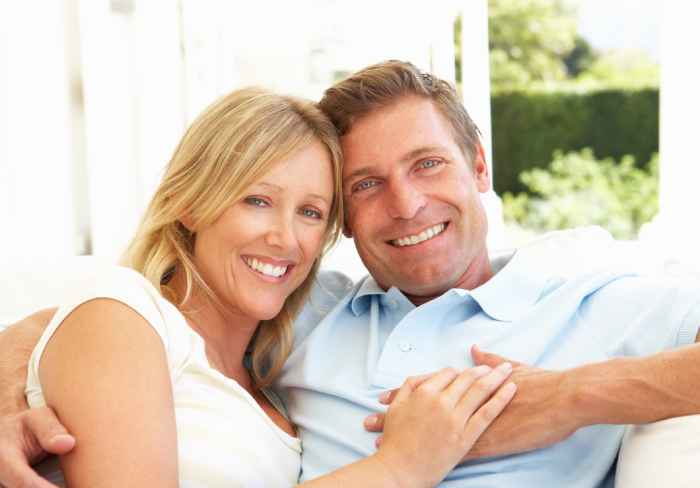 Looks aren't all it takes! Guys aren't that plain and superficial, but some people want you to continue to believe that. Men take the whole picture into account, and if you find yourself stunning in other areas like intellect and beauty or love, the overall picture your future husband sees gets a serious boost. One of the most powerful approaches when it comes to learning how to make him want a relationship is to initiate communication and put your best foot forward. There are also wonderful things you can do now and then to help manage a current relationship.

How to Know If He Wants a Relationship with You?

A man who is ready to settle listens when you're talking. He makes eye contact easily, asks questions about your life, wishes, and dreams, and is even entertained by your cat's quirky story! He is also going to ask for your feedback and make you a crucial part of his conversations. Though it might not be instantly, he'll want to see you at least one or two times a week, if not more, depending on your work schedules. At regular intervals, he will call or text you out. He would like to see you as much as humanly possible!

The Signs That Show He Wants a Relationship with You

In the early stages of dating, and when you're dating someone who's not looking for something serious, he'll call you only when he wants to plan. On the other hand, if he wants a relationship, he will be texting you often during the day, call you to ask what you are doing, or even email you a funny video that he wants you to see. He'll want to show you off to his friends if he's serious about being in a relationship with you starting tomorrow or later this year. Is he telling you when he's going to be out of town at the end of the summer, or dropping that he wants to get tickets for the October Neil Young concert at the Hollywood Bowl and telling you on the 15th of June? Chances are he will see you in his future.

Ways to Make a Guy Want a Relationship with You

If you are looking seriously for ways to get him to want a relationship, the best place to start is by initiating communication or interaction with him. The best way to do that depends on the actual state of your relationship with him. Is he a guy you've seen from afar a few times and couldn't even say "Hi" to? Would you talk to him regularly but blush at the thought that he thinks you want more? Wherever you are standing with "him," the key is to reinforce the fact that you do exist and that you are indeed someone to whom he might be attractive. If you have already begun several conversations with the guy, the next move is to contact him casually. Men are inclined to "read" things, and this is one sure-fire way of making him want a relationship.

Make him feel comfortable around you. You should not just make him feel happy but comfortable around you as well. He will surely realize over time that when you're around, life is at its best, and this will prompt him to raise that crucial issue. Win his interest but hold it at this point. Let him become mystified by your real intention, and this mystery will force him to run after you. Take a little effort to find out what he likes to do. When you both start doing these things together, that will make him know that the activity is enjoyable only when you're part of it. He’s going to want a relationship now, once he realizes you’re making his life better.

How to Get Him to Commit to a Long Distance Relationship?

Be optimistic about the relationship. It is no use getting into a long-distance relationship if, at the beginning itself, you are plagued with doubts and fears. Trust yourself and your ability to attract him, even though you are miles apart. If you're serious about making him fall in love with you, then you should act, think and behave as though you're as close to him as possible, and it's just a matter of "absence makes the heart fonder" between you both. Simply because you are apart from each other, it won't pay to hide things from him. The more frank you are with him, the more trust he will have and also appreciate you.

Learn How to Make Him Want to Be In a Relationship

Take a short break. Instead of continuously popping up in his face, take a quick break, but keep in contact with texting. If he likes you then after a few lonely days he will surely start missing you and tell you that, on the phone as well. Keep your head high, and remain confident that he will surely want a relationship with you if he has truly fallen for you. Let him watch others come down upon you. If you besotted another guy, then your original he-man will surely burn rubber to get to you first and ask for your hand in a relationship.

Did you find that one guy you can see spending the rest of your life with? Did you go with a man on a couple of dates that you feel you should pursue further? Whatever the case, in these kinds of positions, there are many women, and most are forced to wonder how to make him want to have a relationship - or how to make the relationship better! Using our tips above, you’ll be able to secure a future better together.