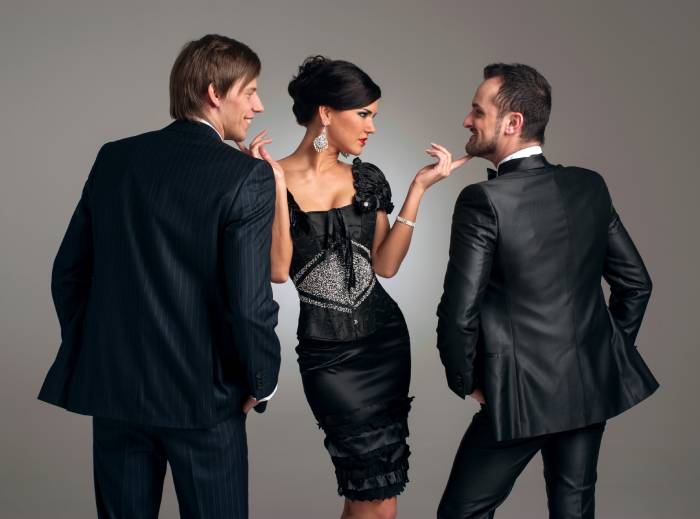 Have you ever wondered why older women are attracted to younger men? Did you find there are more of those relationships out there? What is the quality that attracts them to each other, and makes them stick in many cases? What's up with older women? What are they getting from being with a younger man? How about a muscular, toned body, stamina, appreciation, enthusiasm, energy, vitality, little to no baggage, and someone who's always "ready to go"? A younger man isn't intimidated by her successes - he admires them and supports them.

Rules For Dating a Younger Man

There is nothing wrong with being interested in a younger man. For one, he's more likely to be much more spontaneous than you're used to, being around the same-age guys. He will also be much more full of energy and surprises. It's best to keep calm and confident about the fact that he is yours until you begin dating. Do not presume for a second that he would abandon you for someone younger. Simply be yourself.

So here's a new concept with younger men, older women. But the big question is, is this really working out? Our old concept mentions people should only date people of their respective age groups. This old concept has been replaced by a new concept where older women now want younger men to date. The culture looked down on these younger and older people many years ago, but that has changed over the last few decades. We're now seeing more younger men being together with older women.

Is It Okay For an Older Woman to Date a Younger Man?

There are abundant reasons why older women want younger men. For one, you're probably sick and tired of the same old thing if you're an older woman, and just want something different. Second, you might find younger men apparently much happier and freer. The first way to catch a younger man's attention is by looking optimistic. When you're out in a bar or club, he regularly visits, and you see him there, smile, and stay optimistic. Always behave as if you had a really good time.

Learn How to Flirt With a Younger Guy

Don't lie about how old you are. Believe it or not, the majority of guys don't care about your age. There's no reason to worry as long as he views you as beautiful and seems interested in you. Remain calm, however, and have discussions away from his peers with him. The younger a guy is, the more guys he has around him. To both of you, it would be more relaxed if you can sit down at a table or chat about your preferences, likes, dislikes, etc., over dinner. Given your age or history, the desire to always have things in common is what will make your relationship stronger.

What's up with younger men? Why would an older woman have them interested? The reasons cited are that an older woman is exuding confidence. She knows who she is, and is at ease with herself. She is straight forward and honest. An older woman knows what she wants and what not. She is not playing games, so she controls her feelings better, which translates into less tension. In general, an older woman is a stronger love and is more in sync with her femininity and sensuality.

All men love a positive and self-assured woman. Most men actually prefer that over everything else. Nothing is worse for a guy than a woman who seems to be uncertain and doubtful of herself. Older women are usually calmer under pressure and can manage life’s ups and downs better and cope better. Younger women, on the other hand, are more dramatic and more likely to exaggerate the importance of anything small. This makes older women better sex partners because they know what they want and are more relaxed. They know how to make the bedroom more exciting, interesting, and open to trying new stuff.

Should Older Women Date Younger Men – Why Not?

You're going to tend to act your age because you're older. Never talk down to your younger man as if he is immature. He would hate nothing more. The last thing a younger man needs is another mom, and if he catches you trying to tell him what to do, he can even tell you this. The best way to hold a younger man is to give him the same level of respect that you would have for an older man. It may be difficult not to correct him, but you should not forget that he is younger.

Sex with older women is different as she'll call the shots. The mature woman will guide you to do exactly what she wants so that you can make her climax stronger and harder, better. Such sexy older women have some good and powerful personal attributes of achievement, freedom, faith, and elegance. They have very few hang-ups on sex and intimacy, too. They are very aware of and deserve to fulfill their own sexual desires and are not afraid to claim it from the younger man. She is knowledgeable about sexuality, and she will teach him the art of sex and intimacy.

It's what you make of dating a younger man. There's always a way to get what you want, particularly concerning getting a younger man. If you're older, then you already know what's going on and what isn't. To have that kind of knowledge is the sheer beauty of everything. What will make it last is taking these easy pieces of advice?