Blog Dating Advice My Bisexuality: How Can I Define Myself?

My Bisexuality: How Can I Define Myself? 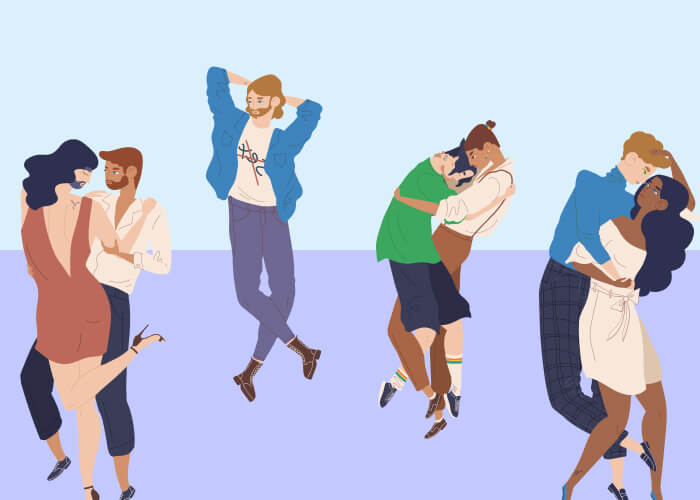 What Does Bisexuality Mean?

A lot of people look at the gay definition or lesbian definition hoping to find an answer for how they feel about people of various genders. What they don’t realize is that there is a middle ground if you have some feelings that are heterosexual and some that are gay. Anyone that is questioning their sexuality should consider the possibility that they are actually bisexual.

What is the bisexual definition, though? Strictly speaking, the definition available says that these people are not sexually attracted to people from one gender or another. They are attracted to both men and women. While you might be tempted to take an “Am I bisexual quiz”, the reality is that the question doesn’t require that much thought. If you find that you are attracted to men and women at different times or at the same time, then there is a good chance that you could fall under this particular definition. While there are more in-depth elements of this sexual definition, bisexuality is something that many people are coming to terms with. After all, the modern day has seen an influx of people that recognize that they are bisexual and not merely gay or lesbian.

There is also some conjecture about whether or not you are bisexual if you like real women or prefer effeminate men as a man. There are fathoms to explore regarding this topic, and it only gets more and more complex as you parse the definitions of gender and sexuality. However, for the simplest understanding of the term, you can consider yourself bisexual if you have an attraction to men or women, even if that attraction is unequal. 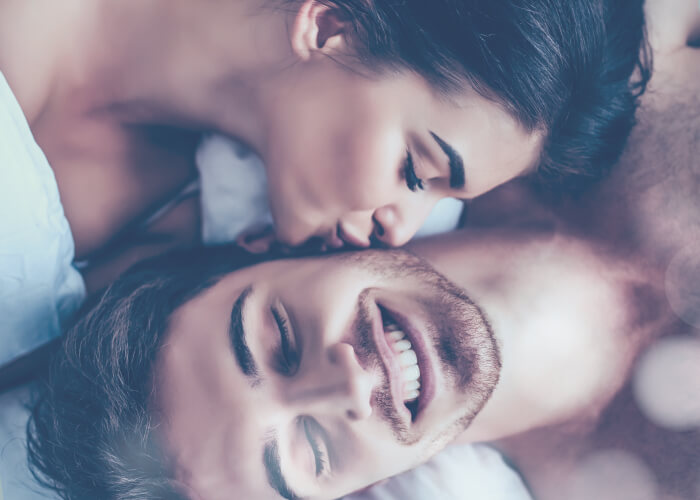 The elements of sexual orientation, sexual and gender identity, and bisexual behavior are all things that one must consider. While they may seem self-explanatory to a degree, the reality is there is a need to understand these terms from the perspective of bisexuality.

First and foremost, we have to consider sexual orientation. In the past, this concept was explained in most western societies as having a mere lesbian or gay definition. You either liked men or women. However, sexual orientation is something that is changing as more and more varieties become understood. We must therefore ask, what is the sexual definition concerning one’s orientation? This is an enduring pattern of sexual attraction or romantic attraction to a person that is the same sex, opposite sex, or both sexes.

The keyword in this case is the enduring attraction. Many people feel a fleeting attraction to someone of the same sex even if they consider themselves to be heterosexual. That doesn’t alter your sexual orientation. People that feel those sorts of attraction, again and again, should consider that in light of their perceived orientation, though. Now that we know the sexual orientation of a person, it’s necessary to delve deeper.

While getting a handle on one’s sexual identity is a great step towards feeling comfortable in your own skin, it’s also important for you to understand bisexual behavior. Not every person is the same; different types of bisexuals exist. Bisexuality can happen in many different circumstances, but that doesn’t make it a less valid sexual identity. For example, many bisexuals don’t necessarily split their attraction to other genders 50/50. Sometimes, they’ll most like the company of someone of their own gender but will venture outside of it when they meet the right person.

Other times, there are some conditions where people are bisexual, such as when a person is in a situation where they are only with the other sex for a prolonged time. That can lead to people partaking in relationships that they might not have the courage to be a part of when they have both sexes present.

As you can see, there are many sorts of bisexuals and many ideas that go into the concept of bisexuality. This brief guide should put you on the path towards success, though.

How to Know You Are Bisexual 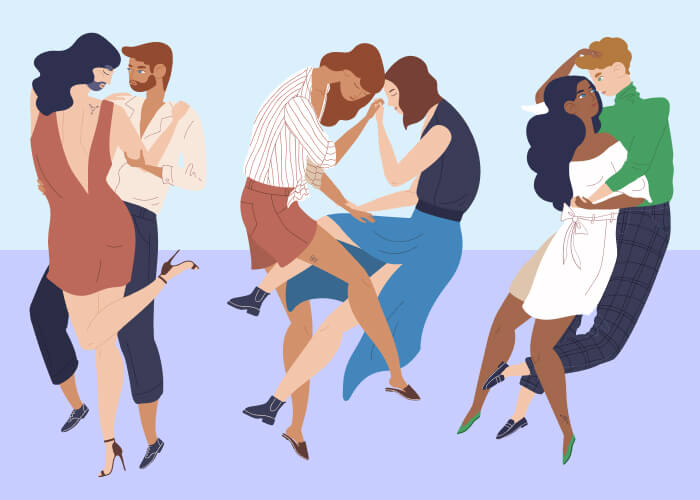 While there is no doctor-prescribed bisexuality test, there are some actual measures that can help you determine whether or not you are a bisexual. For example, there is the Kinsey Scale that rates sexuality between 0-6 and also has an option for X, where a person does not experience socio-sexual contact. However, this takes several hundred questions into account and can help determine the feelings that a person has about their sexuality.

You can also take a more practical approach to the concept and start looking at the experiences that other people have had with coming to terms with their bisexuality. While that might not amount to an “am I bisexual quiz”, it will require some introspection to determine whether or not you have bisexual feelings. That way, you can look at some of the things that people looked at when they were questioning if they were bisexual, apply it to your situation, and think about it.

Often, this is not something that can be done in a single sitting. Understanding your sexual orientation can take some serious time. When people are willing to put in the work, though, they’ll have a very good idea of the kind of people that they would prefer to have sexual experiences with.

Thus, the most basic question that you can ask yourself is: am I sexually attracted to people of the opposite sex as well as the same sex? If you said yes, then the chances are that you have some part of you that is bisexual. That’s not all there is to it, though. After all, you should also consider what element of the same and opposite sex you’re attracted to. Some people believe they’re bisexual at first and then discover that they’re actually pansexual.

Again, the best idea is to explore yourself. Find out what you are attracted to and then get involved in the community. That way, you can get some advice, listen to people, and learn about what you’re learning about yourself. After all, there are many different aspects of sexuality to consider. You may simply be a bisexual, but it could run deeper than that. We all owe it to ourselves to plumb our depths and figure out what makes us tick.

Bisexual Dating: What Problems Can You Face in a Relationship? 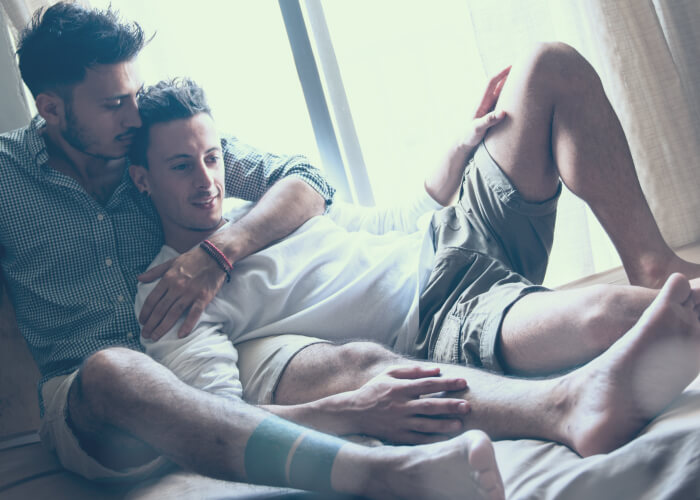 Bisexual dating is a topic that has made many people take a second look at what it means to be bisexual. For one thing, these people understand that the typical guide to dating for a straight person no longer applies. With that in mind, we’re going to uncover some of the most common issues that people face when they’re in a relationship as a bisexual person.

The very first issue that people face when they’re in a bisexual relationship is that they have to deal with the erasure of being bi. Many times, people that date someone of the opposite sex will suddenly think: am I straight? That line of thinking is difficult to get past because you know that you are attracted to both sexes. However, you find yourself in a relationship or even a monogamous marriage to someone, and that side of that is attracted to others feels lost. That can be a personal issue that you have to settle before you start dating.

Another issue that faces bisexual people in a relationship is finding the right partner. You have to figure out how to be in a relationship with someone that may or may not be bisexual like you and see how they treat someone with your sexual preferences. You might have a partner that is exclusively gay or lesbian. All of these setups can cause complications for you because you might fall into the aforementioned trap. You might be convinced that you’re exclusively gay or straight. Bisexuals exist in a bit of an interstice where they are often not accepted for their sexuality.

Research has shown that people in bisexual relationships often suffer worse mental health outcomes, too. Part of this stems from their perceived promiscuity or attraction to everyone. Their partner may become more jealous or suspicious of whom they are spending their time with.

It is very clear that bisexual people face unique challenges that make dating women or men more challenging than if they were straight or gay. Yet, having open conversations with your partner, not allowing your sexuality to be minimized, and learning more about bisexuality are all different ways that you can ensure you have a stable relationship.

Which Celebrities Are Bisexual? 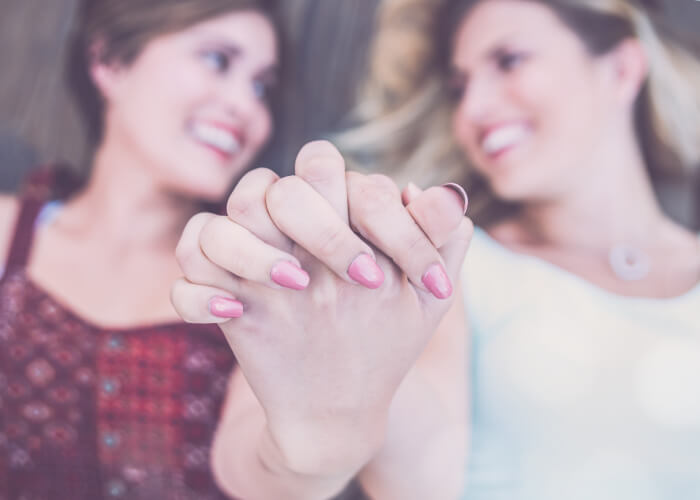 Numerous famous bisexuals are out and proud today. These people run the gamut from actors to musicians and artists. We’re going to show you some of the most famous names that want to date men or women.

Perhaps the biggest name for an actress that is bisexual is Kristen Stewart. She is known for her role in the Twilight films and many others. While she was dating her costar from that franchise for a while, she has revealed herself as bisexual in recent years.

Another famous bi person is Michelle Rodriguez. She has played a lot of tough characters on the silver screen, and that has led to many people questioning whether or not she is straight or gay. However, she has come out as being bisexual, and she continues to be a versatile and famous name in the Fast and the Furious series.

Daniel Newman is another actor that has come out as bisexual in a post on social media. He is known for his work on The Walking Dead.

Last but not least, Lady Gaga, the singer and actress, has also identified as being bisexual. She alluded to this sexual orientation in songs from the past and confirmed that she is attracted to both men and women.

All in all, many, many other famous people enjoy dating both men and women. More people are coming out than ever before and there is a growing acceptance of these relationships in all aspects of life.

Being bisexual is complicated. As we’ve shown here, this personal definition of your sexual orientation can completely change your life in several ways. You need to look at how you feel about men and women if you think you’re bisexual. That way, you know what to expect going forward. Having relationships as a bisexual person can be difficult, but there are communities out there that are willing to help you out and answer the questions that you have! You’re never alone and you should not be worried if it takes years to get the answers about your sexuality.