Secret Admirer – How to Know If a Guy Loves You Secretly 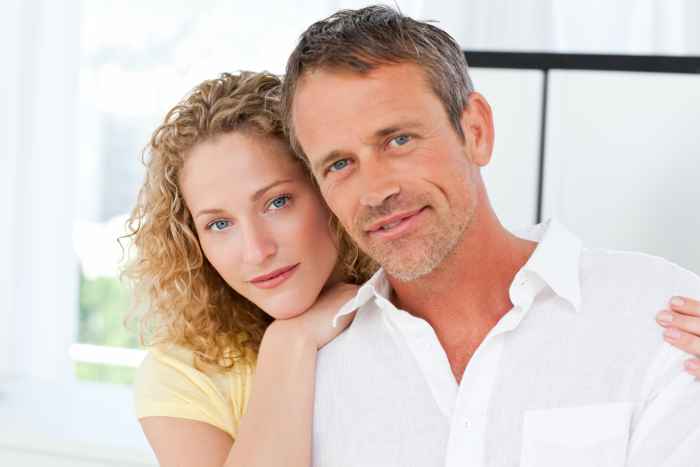 Can You Tell If Someone Loves You Secretly

If a guy loves you secretly, you'd be admired by him most of the time. So, occasionally, he'll stare at you. He would stare and desire eye contact with you if he's the sociable type. But if he's the shy type, when you've eye contact, he'll look at you and withdraw his gaze from you. In any case, it's a sign when a guy looks at you that he's stuck on you. How much he talks with you is another indication that a guy loves you secretly.

Signs That Show a Man Is In Love with You Secretly

If he likes you, he will take any opportunity he has to speak to you. He’d send you cute text messages and call you every now and then, wanting to know how you're doing. When a man is too kind or sweet to you, you can be sure that he has a soft corner for you. He wants to be something for you. He wants to be genuinely interested in you and become your solution finder and problem solver wherever possible.

Learn How to Know If a Guy Loves You Secretly

Here's a surefire way to know if a man likes you but doesn’t tell; if a guy gets uncomfortable, loses concentration or coordination when you're around, then he's really in love with you secretly. The reality is this, he admires and loves you in secret, and his inner emotions influence his acts when you're around, and he loses himself in his feelings for you. Also, while speaking, notice if a guy leans in towards you; he’ll do that if he’s interested and listens intently to what you say.

What Are The Secret Signs That He Really Likes You?

A guy who is interested in you will have his feelings show in his eyes. You can see in them the natural glow and interest because the eyes never lie. You can note this shift in his attitude only if you see him with his friends, and you know how he is behaving before them. A guy not interested in you will never bother to show up at your door, or anywhere you are. How do you tell if a guy has a crush on you? He never gets tired of seeing you.

Ask Yourself – Does He Secretly Love Me?

He asks questions that will keep you talking so that he can listen to your voice and know you better, more importantly. He'll be there for you, whether you're happy or sad or just need someone to keep you company. You don't even have to ask yourself how to say if a guy loves you secretly. When he does either of the above things, it's fair to say he’s interested in you.

Signs to Decide That a Guy Loves You Secretly

Whether you believe it or not, guys think about stuff like romantic feelings as much as women. And there's a fair chance he’s told someone from your acquaintances either because it's one way to let you know what his thoughts are without being too blunt or because he couldn't get enough confidence to tell you himself. Try asking around, but be careful when you do so because this could give him the wrong messages, and the whole thing would shoot back on you so quickly you wouldn't know what's hitting you.

If it's just the two of you or you are together in a group of mutual friends. He can do one of two things: he can view you as the most important person in the world to be heard, or he can be cynical because he is uncertain about what he thinks about you and wouldn't admit that. This is one of the answers to the question of how do you know if a guy loves you secretly.

Getting to Be Sure That a Guy Loves You

You may indirectly address the subject. Ask him what kind of girl he still wants, or if he has found her. You'll start hearing the next thing you know, the clues you’re looking for. What do you know if he got a crush on you, particularly if you and the guy have been good friends for a while? Reading into his moods and actions, as well as his behavior, is easier.

So how do you know if you have a crush on a guy? In reality, there are two different types of guys when it comes to showing off their romantic interests. Some guys are more in touch with their romantic personalities, and when it comes to their feelings, they become a little obvious. On the other hand, some guys are more secretive and tend to hide what it is that they feel toward the opposite sex. Nonetheless, the signs they send out can often be really ambiguous, but here we have listed some ways for you to know for sure. So if you're a really good observer, you can really discern ways, so usually say whether a guy loves you secretly.